As with other cherished community parks and greenways, volunteer groups are coming together – at a distance – to protect the natural habitat values of the Okanagan Rail Trail.

In June, the Friends of Okanagan Rail Trail and Ribbons of Green Trails Society held a small pilot educational workshop and weed pull at the north end of the rail trail. Ten bags of Knapweed, Houndstongue, and Dalmation Toadflax were pulled and removed from an area frequented by trail users. In July, the Ribbleworth Falls interpretive site was the focus of the ‘weed warriors’! 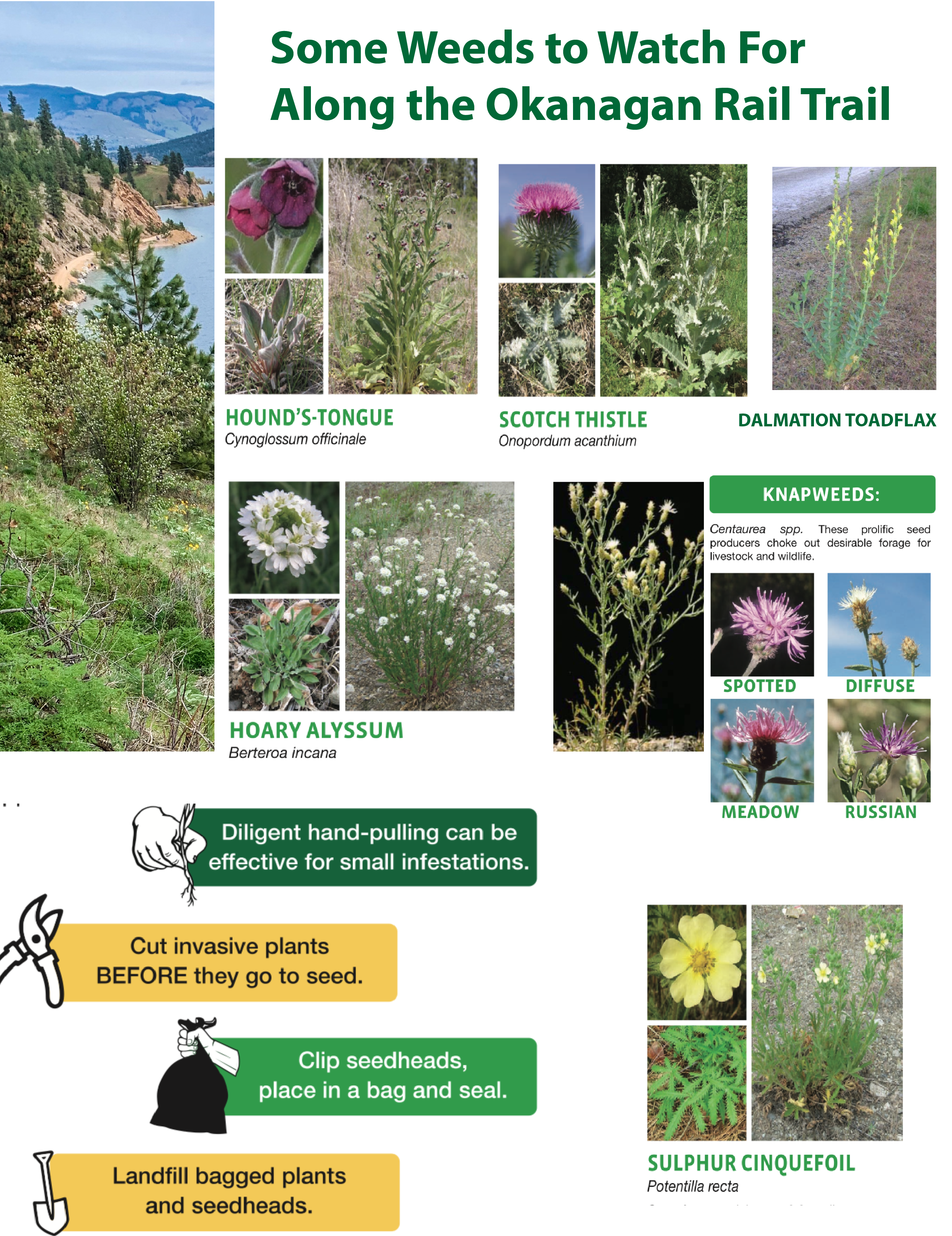 Here are some resources to help you learn more about invasive plant species and how they can be removed:

Invasive Plant Species of BC

Invasive Species in the Okanagan Similkameen

Downloadable field guide for noxious weeds of BC

“Why do we care about weeds?” Photo album showing potential impacts of a new invader (Common Bugloss)